A Perth-based agency has narrowly escaped a $500,000 theft, following a targeted cyber attack on its trust account. 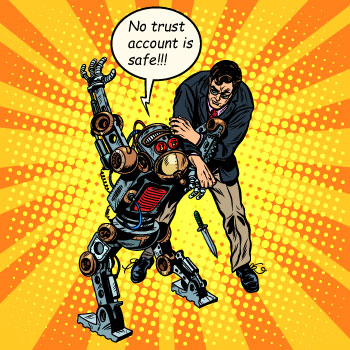 According to Department of Commerce reports this week, it is believed the cyber thieves gained access to the agency’s bank accounts after malware was downloaded onto their computer system.

The malware likely gained access to the system after an attachment was opened or a website link was clicked in a scam email, allowing the thieves to record keystrokes, including bank login details.

The theft was discovered by a staff member, who’s quick actions allowed the bank to stop the transaction before the funds were lost for good.

“Even though the theft was prevented, the agency has implemented new and more secure connections to its bank through the use of a real-time device commonly called a Security Token which changes the internet banking authorisation passcode on a continual basis”.

These and other measures to prevent and prepare for a cyber attack are explored in this year’s Mandatory CPD session.